Save for Later Register  Add to Cart »

This session will focus on the hot topics in the news, how they impact employers, and what can be done to minimize risks associated with these issues. Prevention and response topics will include: 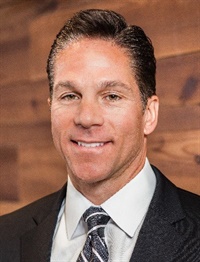 Curt Vondrasek joined Marsh, Berry & Company, Inc. (“MarshBerry”) in 2016 and is the Vice President of the Management Consulting Group. Curt is responsible for the strategy and direction of the Peer Exchange Networks, Talent Acquisition and Sales Performance business units. Curt sits on MarshBerry’s Strategic Planning Committee, Sales Board, and leads the Networks Advisory Committee. He is also a frequent speaker at carrier, association, MarshBerry and industry events.

Prior to joining MarshBerry, Curt worked for HUB International as the Chief Business Development Officer in charge of their Business Development team. He was responsible for building, developing and leading a team that focused on outbound lead generation, new revenue growth, recruiting and training. While at HUB, Curt recruited and trained more than100 individuals and won a Bronze Stevie award for Insurance Executive of the Year.
Prior to HUB, Curt led US sales teams at both Allstate and AIG American General where he developed nationwide strategies and business plans, resulting in several years of double-digit growth. This included working with both captive and independent agents.

With more than 20 years of experience, Curt has started, reorganized and led various sales (inside and outside), marketing, training, recruiting and account management teams. Outside of work, Curt has served on several boards including ABIA, CIMRO and RRHOA. He is also a past member of the American Heart Association wellness committee and the past president of the Chicago chapter for the American Association of Inside Sales Professionals, which won the “Comeback Chapter of the Year” in 2013.

Curt earned a Bachelor of Science degree from Northern Illinois University in DeKalb, IL where he majored in finance and served as the president of his fraternity. He currently lives in Naperville, IL with his wife and two daughters. 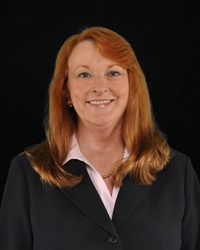 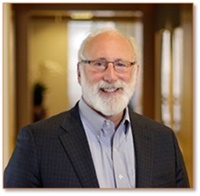 John F. Baum is a partner in the firm’s San Francisco office. His focus is in labor and employment law litigation and counseling on behalf of private and public employers as well as educational institutions.

Baum represents employers in wrongful discharge and discrimination disputes before federal and state courts and government agencies. He also counsels clients on a variety of issues impacting the employer-employee relationship, including employee discipline and termination, personnel policies, workplace privacy and issues unique to educational institutions; he offers a special expertise in the areas of compliance with disability laws and reasonable accommodation.

Baum also has presented numerous training sessions on effectively handling discrimination and harassment complaints through an internal investigation. Mr. Baum was the lead attorney in successfully arguing and briefing Kaiser vs. Superior Court, (1998) 66 Cal. App. 4th 1217, where the attorney-client privilege intersected with an organization’s internal investigation process.
He received his J.D. from the University of California, Hastings College of the Law and his A.B. from Stanford University. Mr. Baum has been named one of Northern California's "Super Lawyers" every year from 2008 to the present.

Baum’s firm, Hirschfeld Kraemer, advises and assists private and public employers of all sizes on issues and claims arising out of the employer-employee relationship and on union-related matters. Its attorneys regularly handle litigation involving wrongful termination, discrimination and sexual harassment, and counsel companies on discipline and discharge, workplace privacy, drug abuse and testing, safety, personnel policies, wage and hour matters, and other employment-related issues. As part of their “preventive” practice, the firm’s attorneys present training seminars on how to manage within the law and avoid claims which can lead to potentially costly litigation. 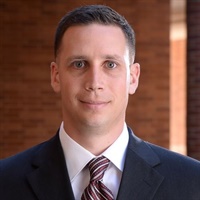 Chris' background in information security began at a Fortune 200 company in 2006. He left to serve six years in the U.S. Marine Corps where he was the country Chief Information Security Officer for the Republic of Georgia, a role in which he was in charge of protecting USMC digital infrastructure in a highly vulnerable cyber threat environment.

Upon returning to the United States, Chris left the Marine Corps to pursue a Masters in Computer Science and MBA from UCLA, and also worked for the MITRE Corporation as a cybersecurity engineer. In 2014, he founded Ariento, a cybersecurity, compliance and IT service provider.

Chris is a member of the Secure The Village Leadership Council and teaches a class on cybersecurity and privacy at UCLA extension. 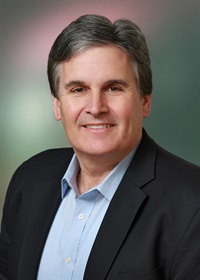 Dave Bellusci leads the teams that are responsible for the actuarial, research and ratemaking functions at the Workers’ Compensation Insurance Rating Bureau (WCIRB), as well as the WCIRB’s financial accounting team.
With more than 30 years of experience in the California workers’ compensation industry, Dave shares his breadth of knowledge as a frequent speaker on workers’ compensation related issues and by regularly representing the WCIRB at legislative and administrative hearings.
Bellusci is a Fellow of the Casualty Actuary Society and Member of the American Academy of Actuaries. 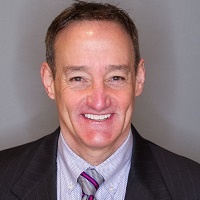 Steve provides counsel on all corporate legal matters affecting the non-profit trade association and its subsidiaries, represents the interests of independent insurance agents and brokers at regulatory hearings conducted by the California Department of Insurance and other state agencies, coordinates the Association’s involvement in litigation affecting insurance producers, and provides legal research and support to the Association’s legislative advocates.

Young has served on the Insurance Law Committee of the State Bar of California, was a charter member of the Agent and Broker Advisory Committee to the California Insurance Commissioner and is a frequent speaker and author on legal and regulatory developments affecting the business of insurance. He was the 2007 recipient of the IIABCal Ramsden/Sullivan Memorial Award. Prior to joining IIABCal, he was Western Region counsel for the American Insurance Association, and also worked at Cassel & Abraham, a San Francisco labor law firm representing employers.

He holds a Juris Doctor Degree, as well as a Bachelor of Science Degree in Journalism, from The University of Kansas, and is a former member of the Chancellor’s Club Advisory Board of the KU Endowment Association. 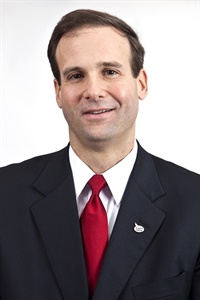 Charles E. Symington, Jr. is Senior Vice President of External, Industry & Government Affairs with the Independent Insurance Agents & Brokers of America, also known as the Big “I”, which is the largest property-casualty insurance trade association in the country.  Symington has been with the Big “I” since 2004 and oversees federal and state government affairs, political affairs, grassroots, industry relations, and media affairs for the association.  He has been regularly recognized by The Hill newspaper as one of the top lobbyists in Washington, D.C.

Previously, Symington served as a Senior Counsel with the United States House of Representatives Committee on Financial Services from 2000 to 2003 where he focused on insurance issues. During that time he was actively involved in drafting the Terrorism Risk Insurance Act of 2002, the SMART Act to modernize state insurance regulation, and other pieces of legislation.

Symington also worked as a Majority Counsel for the House Committee on Energy & Commerce where he concentrated on health care policy and oversight.

Prior to working on Capitol Hill, Symington was an attorney with the law firm of Matricardi & Moylan in Springfield, VA and previous to that was an associate attorney with the firm of Drew, Eckl & Farnham in Atlanta, GA where he specialized in insurance defense litigation.

Symington graduated from the University of Virginia in Charlottesville, VA with a Bachelor’s Degree in History and graduated with a Juris Doctorate from Emory University, School of Law in Atlanta, GA. Symington also currently serves as the vice chairman of the National Down Syndrome Society and has served on the NDSS board since 2014. He and his wife Cathy reside in Alexandria, VA with their three children. 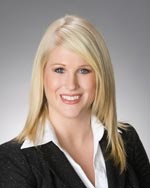 As a Partner of Norwood Associates, Ms. Norwood provides clients with more than a decade of experience and a strong understanding of insurance, technology, health, and consumer issues.   Ms. Norwood has successfully lobbied the California Legislature, Governor’s office, and State Administrative Agencies on significant issues such as workers’ compensation, cable and internet legislation, pharmaceuticals, personal, property and life insurance, taxation, gambling and internet poker legislation.

Norwood Associates’ clients benefit from Ms. Norwood’s familiarity of how client objectives are met through legislation, her knowledge of how California legislators perceive various issues and her bipartisan relationships with legislators and staff.  Ms. Norwood recognizes the importance of being well versed in all aspects of her clients’ issues as well as the necessity of keeping clients informed on the process and progress of legislation.

Ms. Norwood is also an active member of Capitol Network, a non-profit organization involved in uplifting and aiding women within the Capitol community.  She has co-chaired Capitol Network’s Annual Golf Tournament for three consecutive years, which funds grants to local charities.