This course is designed to help insurance producers prevent claims based on alleged errors or omissions in performance of professional duties in selling and servicing personal auto and personal umbrella insurance. In this course

Focal point of the course: the agent who fully understands and skillfully customizes coverage not only demonstrates his or her value to clients but also avoids errors and omissions (E&O) charges that can result from a failure to meet clients’ needs 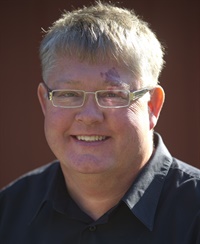 Sam Bennett is an active retail producer, presenter, and shareholder in Harrison Agency, Inc. of Columbia, MO. He began his insurance career in 1987 and has been an Independent Insurance Agent from the beginning. He has worked with individuals, families, and small businesses his entire career. In this capacity, he has worked in the personal lines, commercial lines, agribusiness and life and health marketplaces. As a result of working with many types of clients, many carriers, and many coverage needs, Sam has grown to understand and appreciate the important ways an insurance professional must work with markets and clients in today’s insurance world.

Sam obtained his Certified Insurance Counselor (CIC) designation in 1996. He has taught coursework for the National Alliance in their CISR program since 2000, has presented in their CIC program since 2004, and in 2009 became a National Faculty Member of the Society of CIC. Sam is also a speaker in IRMI’s Agribusiness and Farm Insurance Specialist (AFIS) program and is a speaker in the AIMS Society’s Certified Professional Insurance Agent (CPIA) program. He has been called upon to offer insurance education in conferences and symposiums across the country over the past twenty plus years.

As much as he enjoys speaking on insurance topics, Sam’s true passion is cooking. BBQ and soul food are his specialties. He likes nothing more than a lively pulled pork/crawfish/catfish/collard green discussion.

Angie Heavener began her insurance career in 1971 joining her family’s agency.  She held numerous positions in the agency consisting of CSR, producer, and eventually agency owner.  In 1993, she sold her agency to join the staff of the Professional Independent Insurance Agents of Illinois.  She began as assistant vice president of Marketing/Instructor and was shortly promoted to vice-president of Education.  She is currently the principal of Insurance Training Plus, Inc., a professional training and consulting firm focused on education and agency operations, that she began in 2002.

Angie served as education chairperson for the IIAI and PIIAI, as well as a committee member for the IIABA education committee.  She has also served on numerous other state and national committees.  Angie received the Young Agent of the Year Award in 1991, obtained her Certified Insurance Counselor designation in 1994, and her Certified Professional Insurance Agent designation in 1999.

Angie teaches numerous property and casualty education seminars throughout the country and is a frequent speaker at state conventions.  Angie also teaches sales, service and operations programs.  She is a national faculty member of the Society of Certified Insurance Counselors.